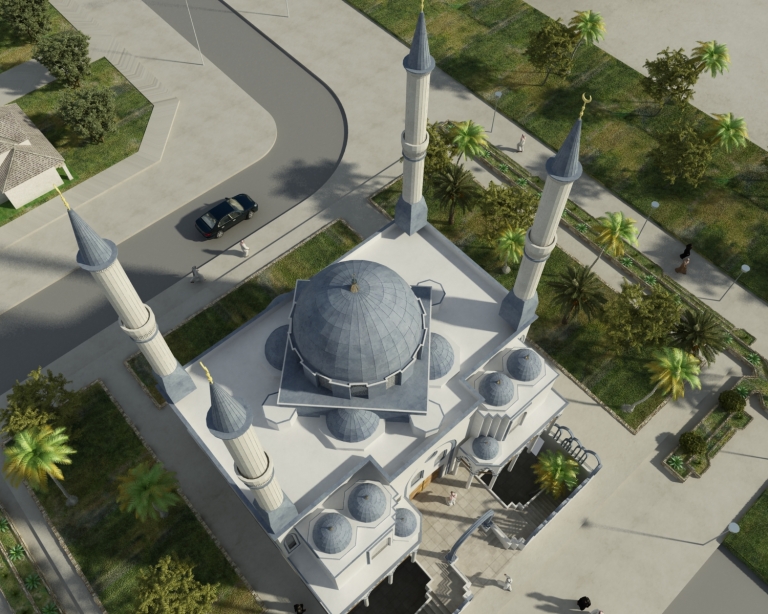 Islamic Architecture is the entire range of architecture that has evolved from Islam as social, cultural, political and religious phenomenon. Hence the term encompasses religious buildings as well as secular ones, historic as well as modern expressions, and the production of all places that have come under varying levels of Islamic influence. 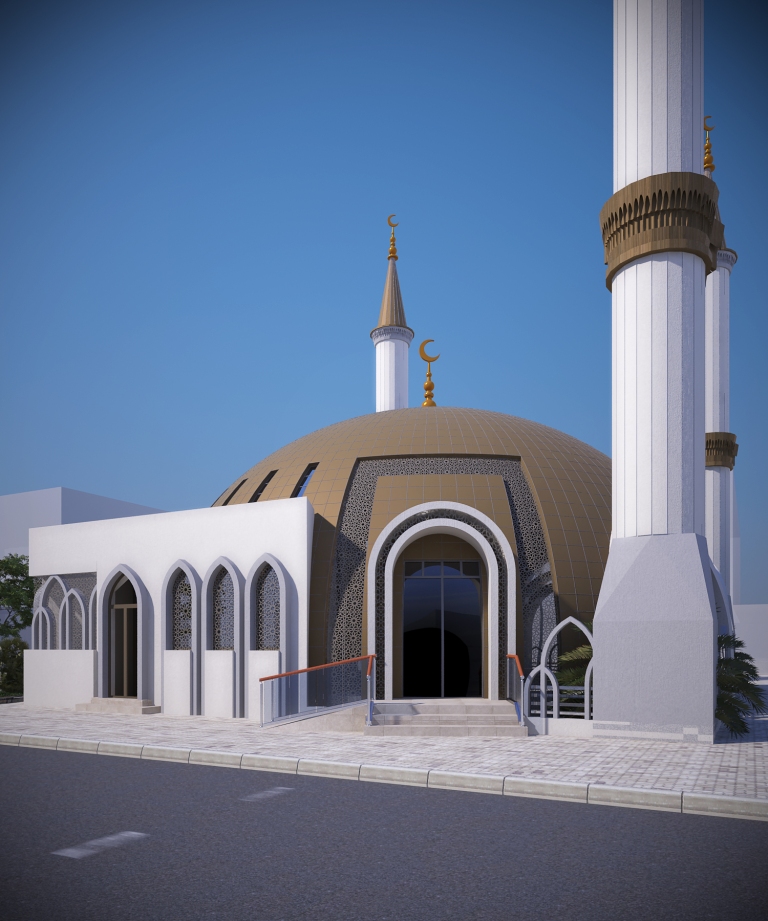 When the city of Mecca was reconquered by the Prophet Muhammad’s army in 630C.E, the holy sanctuary of Ka’ba was rebuilt and and re-dedicated to Islam, the reconstruction being carried out before Muhammad’s death in 632C.E. by a shipwrecked Abyssinian carpenter in his native style. This sanctuary is considered the first major works of Islamic Architecture.

Later in the 7th century, the religion of Islam spread throughout the region. The Muslim’s first need was a place to worship – a mosque. The simple layout provided elements that were to be incorporated into all mosques and the early Muslims put up simple buildings based on the model of the Prophet’s house or adapted existing buildings for their own use. 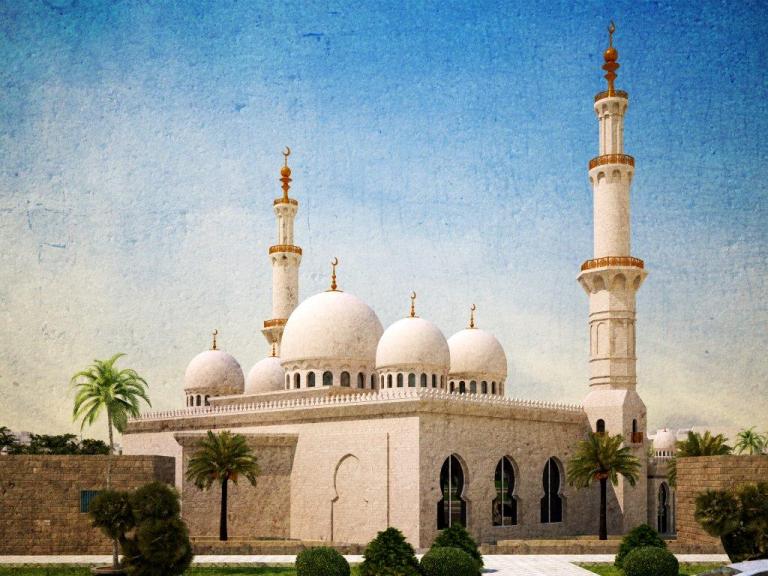 Others have introduced new analytic models, for example, by studying the development of certain architectural forms, such as the minaret, or a practice, such as the use of public inscriptions. Taken together, recent scholarship of Islamic architecture presents a more historically contingent and culturally varied approach to the study of Islamic Architecture. 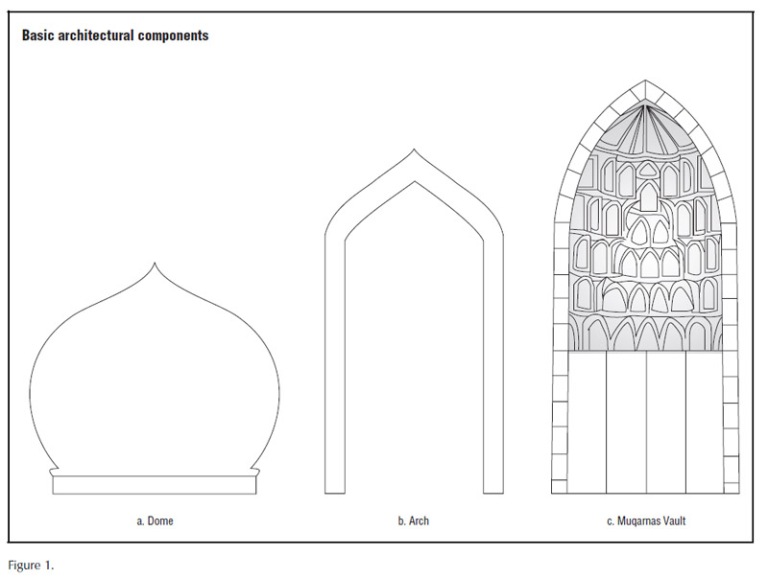 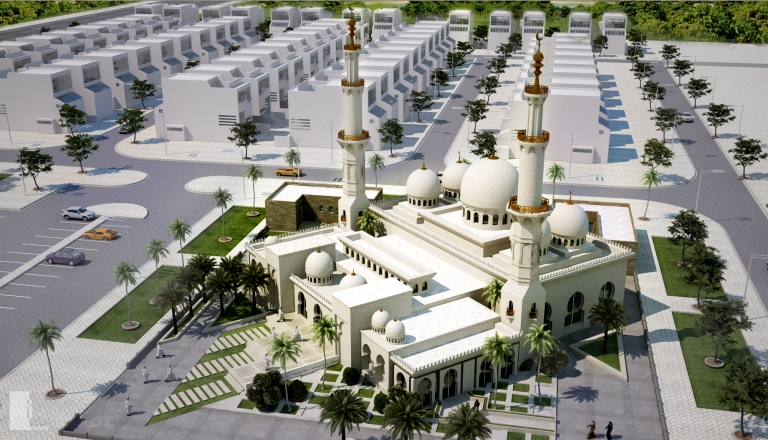 The continued use of domes in Islamic architecture, in its various forms, led to the development of domes’ concept among Muslim architects to become one of the most important architectural elements in the Islamic Architecture because of its transcendental symbolism.

Since the ancient times, the architect was able to link architecture to his beliefs, and applied that to serve his intellectual trends by developing the design concept for himself,  and the Muslim architect considers it as an important historical record, but it needs to be studied and analyzed to keep up with the current architecture and its developments. 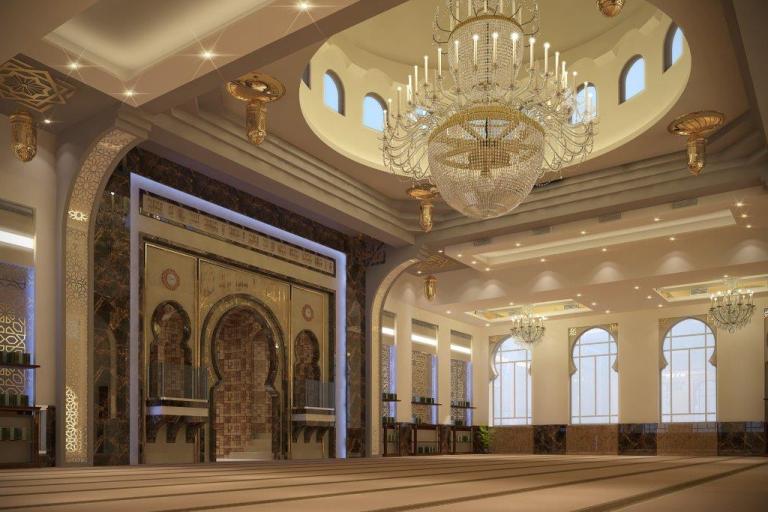 Mosques, as symbol of Islamic architecture must play an important role in reflecting the superiority of Allah the Almighty. There are many ways in making it successful and one of them is through the high quality of aesthetic value.

Aesthetic value in Islamic art and architecture is normally portrayed by the highest degree of motifs and ornamentation. Contemporary mosque designers normally focused on the majestic looks of the exterior part of the mosques and leave the manipulation of the interior space to the users.

Ornamentation should be taken as part of mosque components and not as mere decorations done after-thought or filling in the gap.

The beauty of the existence of motifs and ornamentation that will welcome anybody who enters the physical environment concerned.The first characteristic of Islamic ornamentation puts strength in the infinity of patterns. This includes intricate geometric patterns which clearly portray the infinity of Allah the Almighty.

Arabesque is a western word for the Islamic Art Zakhrafa. This type of art is made up of geometric designs and patterns, which are composed of flowers, leaves. Arabesque carvings in stone, wood , and plaster are usually found in doorways, prayer niches, and pulpits of mosques. To Muslims, these forms, taken together, constitute an infinite pattern that extends beyond the visible material world. 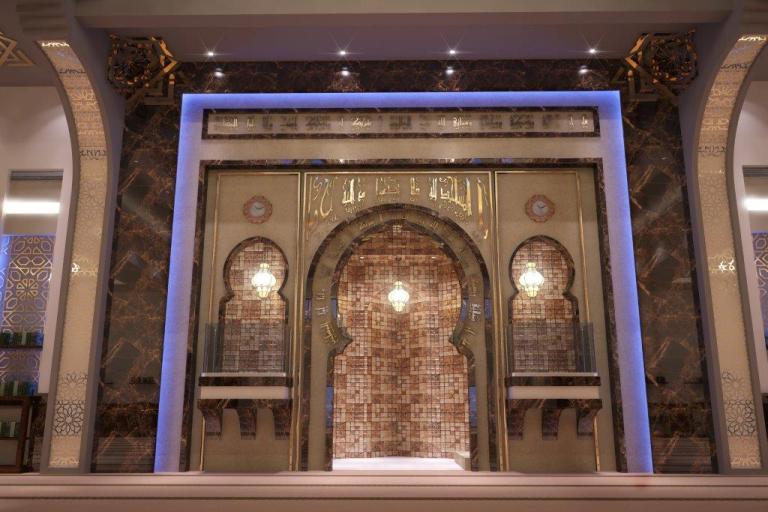 This Architecture should give the highest comfort that satisfy the psychological tranquility to the users in different cultural needs. In the Al-Quran, it has been mentioned in about 120 passages describing the paradise (Al Janna) being a beautiful place giving serene sense. As in the following verse;

“For them will be Gardens of Eternity; beneath them rivers will flow; they will be adorned therein with bracelets of gold and they will wear green garments of fine silk and heavy brocade; they will recline therein on raised thrones. How good the recompense! How beautiful a couch to recline on?”

2 thoughts on “Islamic Beauty and Grace”